December 19, 1998 VisionFriendly.com was founded as a subsidiary division of Vision Enterprises of Oakbrook Terrace, Illinois. The business plan called for the development of easy to navigate visually attractive web sites at an attractive cost.

February 2000 VisionFriendly.com started Hosting web sites with Interland, the number one hosting service in the nation according to PC Magazine.

July 2000 VisionFriendly.com developed a construction area, an innovative way for clients to keep an eye on the progress of their web site as it is being built with a status report of the progress.

January 2001 With over 100 active customers VisionFriendly.com celebrated two years of business with the purchase of the latest state of the art Cobalt high speed server to ensure even better Internet service for it's clients.

October 2001 VisionFriendly.com developed a new concept in e-mails with Hometown E-mails as a way to customize your e-mail address.

December 2001 VisionFriendly.com partnered with MCC Technologies and Blastcomm to offer high-speed Broadband Wireless to both businesses and residential users in Kane County and the Fox Valley area.

April 2003 VisionFriendly.com is proud to introduce Foray Change. Foray Change is a user update package that allows our clients to easily update text and tables on selected pages on their website.

May 2004 VisionFriendly.com added 10 new Products to its arsenal of offerings.

March 2005 VisionFriendly.com moves into a new office space in Aurora Municipal Airport with a view of the runway.

May 2006 VFS makes a splash at the "Rolling Down the River" business to business expo at the Pheasant Run Resort in St. Charles. 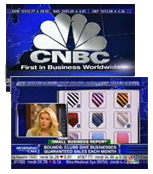 April 2007 VisionFriendly.com is featured in the Elburn Herald Newspaper.

September 2007 VisionFriendly.com adds a 26' fifth wheel trailer to its fleet. Customized to act as a mobile recording studio, with an area to develop full video productions, plus the ability to create live streaming video for the web.

January 2008 VisionFriendly.com wins the Media Achievement Award for "Honoring Excellence in Media", with it's new Video website located at TV.sd129.org

May 2008 VisionFriendly.com was identified as one of The Ten Most Dependable™ Web Designers of the Central U.S. by Goldline Research and published in Entrepreneur Magazine.  View Article

September 2008 On Labor Day VisionFriendly.com moved to its new location at 651 Prairie Pointe Drive in Yorkville. 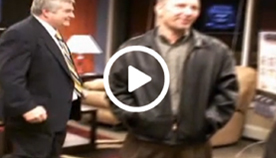 August 2011 VisionFriendly.com is given the "Best of Yorkville: Web Design & Development Award."

June 2012 VisionFriendly.com moved to its newest location at 1245 E. Diehl Road, Suite 307 in Naperville, IL. The larger location supports state-of-the-art servers, along with two new and modern conference rooms with a panoramic view of the Freedom Drive area. The new home was designed and built to create an efficient working environment between the various departments needed to manage today's Internet world.

July 2014 VisionFriendly.com may be the only US Company that has its own Island! VisionFriendly Island is located in Palm Bay Florida. A full presentation can be found on the www.ThelakesAtWaterstone.com homepage.

April 2016 The VisionFriendly team had a blast at the Kane County Cougars game!

May 2016 A little research and development on this beautiful day with one of our new advertising and marketing tools.. Drones! We had fun capturing drone footage of the VisionFriendly.com office!

December 2016 Company outing at Maggiano to celebration the completion of some big technology upgrades. 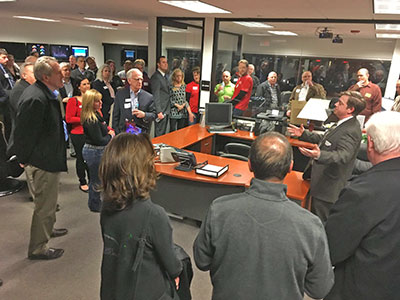 February 2017 Thank you to the Naperville Area Chamber of Commerce Members and Guests for attending our business after hours networking event last Tuesday! We really appreciate everyone coming out.

December 2017 December 2017 - Vizimage Production LLC, visited VisionFriendly.com to do one of their ground-breaking 3D Virtual Tours, creating an interactive 3D model of our office. Visit our office and check out the cool Dollhouse View feature now! 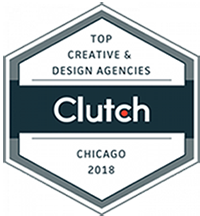 January 2018 Team outing at Main Event our team celebrated the holiday season together at Main Event playing arcade games, bowling, and laser tag. A little competition among family and friends while enjoying the success of hard work and building awesome websites. We love food, fun and fueling up the VisionFriendly.com team for an even stronger 2018.

April 2018 For the 3rd year in a row, VisionFriendly.com is thrilled to be recognized by Clutch.co as being one of the top Chicago Web Design and Digital Design companies!

August 2018 We said goodbye to the long-loved VisionFriendly.com SUV, wrecking it in the Monster Mayhem Trailer Race at the Dirt Oval Route 66 Raceway!

November 2018 VisionFriendly.com is listed as one of the top 3 web designers in Naperville, IL.

Tell Us About Your Project